(Purple or Woolly Loco-weed) Affects animals like effects of alcohol, to***co and morphine in man. First stage, period of hallucination or mania with defective eye sight during which the animal performs all sorts of antics. After acquiring a taste for the plant it refuses every other kind of food. Second stage brings emaciation, sunken eyeballs, lusterless hair and feeble movements-after a few months dies as from starvation. (U. S. Dept. Agriculture.) Irregularities in gait-paralytic affections. Loss of muscular co-ordination.
Head
Fullness in right temple and upper jaw. Pain over left eyebrow. Painful facial bones. Dizzy. Pressive pain in temples. Pain and pressure in maxillae.

Weakness and emptiness. Burning in oesophagus and stomach.

Purring sensation in right foot outer side from heel to toe. Icy coldness of left calf. 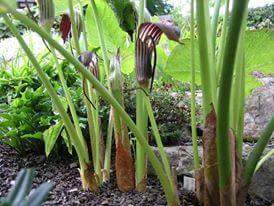 Other Doctors in Bahawalpur (show all)

This is the official page of MedLogics. It is dedicated to provide you with the best and easy learni

Since 1991, Gardezi laboratory ( PHC registered) has served Bahawalpur by providing a wide range of medical tests with state-of-the-art equipment. Expanded its network by opening twelve collection centers across Bahawalpur, Lodhran, Yazman and Chistian.

Treatment and Vaccination of Livestock,Pets,Cat Dog and Birds.All Medicines are available here.