Are you taking new patients.

acpinternist.org The number of handguns acquired in California increased sharply in the first 12 weeks following the Newtown and San Bernardino mass shootings, especially among women, whites and Hispanics, and first-time buyers.

huffingtonpost.com (*Unless you absolutely need it) I've had this conversation hundreds, if not thousands, of times. It usually goes like this: Patient: "I've had co...

This/ He is truly spectacular!

In a moment when BJ Miller faced his own mortality, "one of the ways that I sort of got through some of the early days was insisting that this was a variation on a theme we all experience. That theme is basically suffering."

The palliative care physician tells us about living and dying in this week's #BriefButSpectacular.

Not Just a Death, a System Failure

opinionator.blogs.nytimes.com My mother’s death was so wrenching that I applied to medical school to help change the way people die in America.

cnn.com If you think you had one too many drinks over the holiday season -- you probably did. At least, if the UK's tough new alcohol guidelines are anything to go by.

The MIND diet: 10 foods that fight Alzheimer's (and 5 to avoid)

cbsnews.com These diet recommendations were proven to cut the risk of Alzheimer's in half in a new study

An oldie but goodie...

healthland.time.com New guidelines would double the number of Americans on cholesterol-lowering drugs. Dr. Sanjay Gupta of CNN wondered on Twitter whether we are “waving the white flag” when it comes to helping Americans avoid heart disease. Dr. 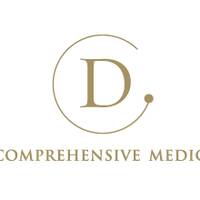 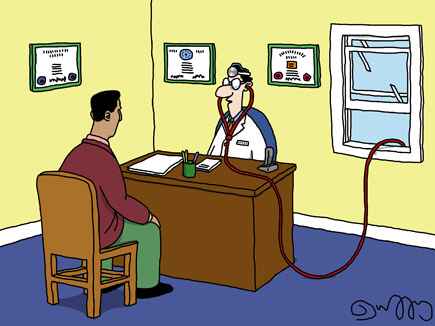 The author of an accompanying editorial noted that that the available evidence "gives us a strong signal that calcium supplements with or without vitamin D do not protect older people in general from fractures" and said that 700 to 800 mg of dietary calcium daily for adults is probably sufficient. However, he wrote, some groups continue to recommend 1,200 mg of calcium and 800 to 1,000 IU of vitamin D per day for women age 50 and older, amounts that are difficult to reach without supplementation. He called these recommendations "puzzling" in light of the lack of any solid supporting evidence regarding fracture benefit and pointed out that since most older people have calcium and vitamin D intakes below these recommended levels, almost the entire population of adults over age 50 could be considered at risk for fracture.

"Most will not benefit from increasing their intakes and will be exposed instead to a higher risk of adverse events such as constipation, cardiovascular events, kidney stones, or admission for acute gastrointestinal symptoms," he wrote. "The weight of evidence against such mass medication of older people is now compelling, and it is surely time to reconsider these controversial recommendations."

acpinternist.org A new study indicates that calcium supplements with or without vitamin D do not protect older people in general from fractures, and an editorialist suggests that 700 to 800 mg of dietary calcium daily for adults is probably enough. More...

A psychologist walked around a room while teaching stress management to an audience. As she raised a glass of water, everyone expected they'd be asked the "half empty or half full" question. Instead, with a smile on her face, she inquired: "How heavy is this glass of water?"

Remember to put the glass down.

71% of su***de attempts occur within the hour of deciding. Impulse su***de is real and terrifying.

"Cayman was a really, really happy kid. He wasn't being bullied at school. He had no real girl problems. He had a happy family. There were absolutely no warning signs. He got an email about a homework assignment and probably 20 to 30 minutes later, my 13-year-old son took his life with a gun I hadn't thought about in years."
-Farid, Cayman's father 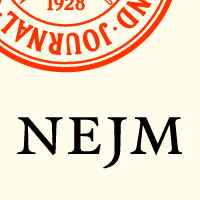 This is well said and so important.

nejm.org Editorial from The New England Journal of Medicine — Planned Parenthood at Risk

Doctors Spent Over 10 Hours In Surgery On A Little Boy. Now Watch When He Wakes Up

shareably.net The doctors gave it their all to make this little boy's dream come true...

Go ahead and have that omelet!

webmd.com Eggs are no longer bad guys. Coffee with those eggs? Go ahead, have a cup, maybe even three. Those are among the latest recommendations an expert advisory panel has made for the upcoming "2015 Dietary Guidelines for Americans."

Weeks After His Recovery, Ebola Lurked in a Doctor’s Eye

Fascinating! We have so much to learn!

nytimes.com Dr. Ian Crozier, who survived an Ebola infection last fall, calls himself a poster child for “post-Ebola syndrome,” which is also being reported in West Africa.

"There's scant evidence that opioids are effective for chronic noncancer pain—just a single 38-patient cohort study from 1986 suggesting that these patients were doing well with them. Yet, said Molly A. Feely, MD, FACP, that single study was used to launch the "Pain as the 5th Vital Sign" campaign in 1995.

That study, and the subsequent release of OxyContin, brought the use of opioids for chronic pain to the forefront, Dr. Feely said. "The reality is, we don't have any data other than that 38-patient cohort study that actually suggests that opioids help chronic pain." And there is ample evidence of harm.

Look at the background, Dr. Feely said. From 1999 to 2010, sales of opioids quadrupled. From 1997 to 2011, admission to inpatient addiction rehab facilities increased 900%. By 2010, prescription opioid overdoses exceeded motor vehicle accidents as well as he**in and co***ne combined as a cause of death."

The Obesity Paradox is Neither Obesity nor a Paradox…. Discuss.

methodsman.com mfw I'm trying to learn a new statistical technique, after reading about it for the past 3 hours. pic.twitter.com/wIOFWPGkNN

I understand risk vs benefit, but have serious concerns with the changes in mammogram recommendations. First, there are no breast specialists on the the panel. Second, 1 in 1000 deaths averted??? I have said it before and will say it again, if I had a 1 in 1000 chance of winning the lottery I would actually play!

"The USPSTF's draft includes statistical models estimating the lifetime consequences of screening women from ages 50-74 and also from 40-74. For every 1,000 women screened, the model finds that screening women in their 40s means an estimated one additional breast cancer death averted (from eight to seven), but with 576 additional false positive tests (1,529 vs. 953), 58 unnecessary biopsies (204 vs. 146) and two additional overdiagnosed tumors (20 vs. 18)."

npr.org In 2009, the U.S. Preventive Services Task Force said the benefits of mammograms for women under 50 were small at best. A firestorm ensued. Now the organization is back with the same message.

The Right Dose of Exercise for a Longer Life

"They found that, unsurprisingly, the people who did not exercise at all were at the highest risk of early death.

But those who exercised a little, not meeting the recommendations but doing something, lowered their risk of premature death by 20 percent.

Those who met the guidelines precisely, completing 150 minutes per week of moderate exercise, enjoyed greater longevity benefits and 31 percent less risk of dying during the 14-year period compared with those who never exercised.

The sweet spot for exercise benefits, however, came among those who tripled the recommended level of exercise, working out moderately, mostly by walking, for 450 minutes per week, or a little more than an hour per day. Those people were 39 percent less likely to die prematurely than people who never exercised."

well.blogs.nytimes.com Two new studies suggest that the ideal dose of exercise for a long life is a bit more than many of us currently believe we should get, but less than many of us might expect.

Oliver Sacks on Learning He Has Terminal Cancer

nytimes.com I am now face to face with dying. But I am not finished with living.

You can't get the flu from the vaccine, or from being outside in the cold! If you can't trust Dr. Sanjay Gupta, who can you trust?!

cnn.com Dr. Sanjay Gupta dismisses the idea that you can get the flu from the flu shot or from being outside in cold weather.

This season’s flu activity has reached the epidemic threshold, the CDC says

washingtonpost.com Fifteen children have died across the country from influenza, as the number of states reporting a "high" level of influenza activity jumped from 13 to 22 in one week.

nytimes.com Even as restaurants talk about smaller portions, they continue to serve a full day's worth of calories in a single meal — or even a single dish.

Flu season has arrived in Dallas County! If you have not already done so, now is time to get your flu shot! (It takes two weeks for your body to develop the needed antibodies after receiving the flu shot.) Last year influenza peaked in Dallas County the week ending December 20th.

This year most of the Influenza A is the subtype, H3N2 as opposed to previous years which was, subtype H1N1. (Swine Flu) Historically seasons with predominately Influenza A, subtype H3N2 have been more severe. Even though a portion of the circulating viruses at this time are different from the vaccine virus, The Center for Disease Control and Prevention (CDC) is still recommending the vaccine to unvaccinated individuals.

No, you’re not sleeping enough, and it’s a problem: 15 scary facts in new NatGeo doc

This needs to be a New's Resolution for all of us! (For me at least!)

washingtonpost.com "Every aspect of who you are as a human -- every capability is degraded, impaired, when you lose sleep."

Even a 5-minute run can help prevent heart disease

thechart.blogs.cnn.com Good news for runners: A new study published in the Journal of the American College of Cardiology suggests running, even for a few minutes a day, can reduce your risk of dying from heart disease -- whether you plod along or go at race speed.

Setting the Record Straight: Debunking All the Flu Vaccine Myths

It has been easy to focus on Ebola for the past few weeks- don't underestimate the prevalence and severity of the flu! Get your flu shot TODAY if you have not already!

gizmodo.com It’s that time again — that time when dozens of spurious articles pop up all over the web touting all the dangers of the flu vaccine. Articles on unreliable, alarmist, misinformative sites like Natural News, Mercola, chiropractic blogs and other such sites rail against the “toxins” in the vaccine, o…

Our unrealistic views of death, through a doctor’s eyes

The antibiotics that could kill you

Yikes! A perfect reminder, everything has consequences.

cnn.com Martin Bl**er says the overuse of antibiotics threatens to leave us vulnerable to an unstoppable plague, unless we change our approach

cnn.com Doctors and public health officials have long doubted that antibiotics can successfully treat the condition.

30 Day Squat challenge. Let's do this!

athleta.net Ready for another challenge? This time we’re bringing you 30 days of a great workout for your lower body that also strengthens your back and ab muscles. SQUATS! To get started…

today.com Two truths about allergies that may blow your mind: Bo Obama isn’t a hypoallergenic dog, and nobody is actually “allergic” to gluten....

Do you need to take statins to lower your cholesterol level?

cnn.com How new cholesterol treatment guidelines may affect you can be a bit murky.

Other Internal medicine in Dallas (show all) Many people grew up with the comforting presence of a dependable family doctor in Dallas, and Questcare Medical Clinic continues that tradition. Experience Art of Medicine. VIP care to adult patient. Concierge medicine. Second Medical Opinion. On-site pharmacy. A place that the patient is listened to. Communicate with your physician and medical group via all available telecommunication. Bringing health care back to the neighborhood Urgent and family care, when you need it most.

Health Maintenance. Care of medical diseases. A doctor's office where you are important and a person answers the phone.

We are an internal medicine and health/wellness facility located in the Design District of Dallas.

The physicians of Signature Medicine in Dallas provide personalized service in a concierge medicine practice.