CPR at LIVE YOUR LIFE FITNESS Sudden cardiac arrest is the leading cause of death in adults. We are here to educate the public on how to save lives. Learning CPR and First Aide. 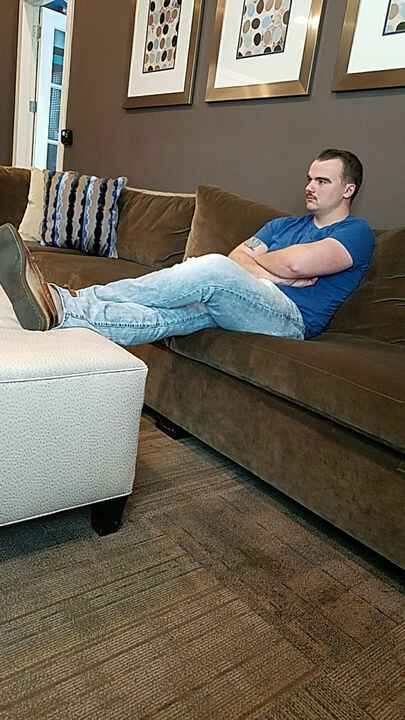 Kevin Bennitt needed his #cprcertification for his EMS exam. I'm glad I was able to #certify him

[04/21/16]   According to the American Heart Association, effective CPR provided immediately after a sudden cardiac arrest can double or triple a victim's chance of survival, but only 46 percent of victims get CPR from a bystander. Learn how to save a Life! [email protected]

[02/16/16]   Thank you Ashley Odunze for choosing Live Your Life Fitness for your CPR Certification. I am glad I was able to assist you.

twitter.com “Almost 6MM have #HeartFailure but small changes help us rise above. Share yours with a Heartie pic #MyChangeOfHeart http://t.co/kv7ch2rAs3”

twitter.com “People often confuse cardiac arrest and heart attacks, but they're not the same. http://t.co/7vQuyl3Dwg”

twitter.com “Learn how to bring life-saving #CPR lessons to your school. #BackToSchoolhttp://spr.ly/6016B1SIr”

twitter.com “Have you made lifestyle changes to manage the symptoms of your #heartfailure? Your story helps build awareness http://t.co/lifT5rrOF0”

Teens help save man from drowning in South Boston

CPR is a very valuable too to know. If you or someone you may know can benifit from the knowledge of knowing how to administer CPR. Give us a call at 9726658425. Please share with you friends and family.

whdh.com Three Milton teens out boating at Carson Beach are credited with helping to rescue a drowning man.

twitter.com “As you read this, someone’s being hospitalized w/ #heartfailure – nearly 2 per minute. Visit http://t.co/Omt1Aqfj8y to learn more.”

“ Freedom has its life in the hearts, the actions, the spirit of men and so it must be daily earned and refreshed -- else like a flower cut from its life-giving roots, it will wither and die. ”

This seems cool. Way of the future. Can this drone be everywhere? Live Your Life Fitness can personally teach you how to #savealife.

Each year nearly a million people in Europe suffer from a cardiac arrest. A mere 8% survives due to slow response times of emergency services. The ambulance-...

Sudden cardiac arrest strikes anyone, anywhere, anytime. Do you know what to do?

[06/02/15]   June 1-7 is National CPR and AED Awareness Week. It is the mission of Live Your Life Fitness to increase survival from cardiac arrest. 90%of people who suffer cardiac arrest die. CPR+AED can double or triple a cardiac arrest victim's chance of survival. If you are called on to give CPR in an emergency, you will most likely be trying to save the life of someone you care about: a spouse, parent, child, friend or co-worker.

Save a life. It's in your hands.


Dallas, TX
75244
Other Medical Centers in Dallas (show all) Welcome to Dallas Colon Care Center and congratulations on having the wisdom to look for a way to get healthier! We strive to create a long-lasting and trusting patient-doctor relationship built on understanding and communication. Urgent care for the entire family, available 7 days a week. Simply walk in to CityDoc clinic without an appointment and see a provider.