Dawn is great to work with in my situation
I’d like to thank B.E.A.N. and South Central Mental Health for having us cater their “Love and Logic” event today.

Our Mission is to provide quality mental health services that empower individuals, families, & commu Core Services are not denied due to an inability to pay.

Our staff is comprised of highly trained professionals who care about the needs of the individuals, families, and communities we serve. As the Community Mental Health Center of Butler County, SCMHCC offers a comprehensive array of mental health services. We have convenient locations in Andover, Augusta, and El Dorado. We accept payment from most insurances and offer a sliding scale for Core Servic

Parenthood is difficult, but there are so many precious moments along the way! Sometimes a celebrity or nationally known figure can start a conversation and bring mass attention to an important issue.

Glenn Close – Leading the Conversation to End the Stigma of Mental Illness Glenn Close is known for her countless roles as an actress in film, television and on stage over the years. She has been recognized for her work with Academy Award nominations, Emmy, Golden Globe and Tony Awards. She is beloved by her fans and respected...

Bring attention to the need for early identification and intervention because the truth is that mental illness affects many people at a very young age.

A great story. No easy answers sometimes, but awareness and education saved this family.

One of the things we already do at SCMH through our Supported Employment program.

NAMI: National Alliance on Mental Illness | Enough is Enough: We Need to Prevent Campus Su***des No one strategy will work in every case, but colleges and universities must find the right mix of action steps to stem the tide of campus suicides. Enough is enough.

NAMI: National Alliance on Mental Illness | Amy's Story When my daughter was diagnosed with depression, my husband and I were desperately in need of better coping strategies. Here are some of the skills we learned.

This mental health month, help us break down the obstacles that prevent people from getting the help they need.

One proven way to increase our overall well being, decrease stress, and combat symptoms of depression and anxiety is to spend time serving and helping others. We're encouraged by these Augusta High School students for giving back to their community. Thanks for setting a great example!

Throughout this school year the Augusta High School juniors and seniors in the National Honor Society have been coming down to help at the Caring Center. These volunteers mean a great deal to us and we are very glad to see them. Brandon Denoncourt and Morgan Kirk were two who spent a few days with us. Recently Riley Zerr came down to help (photo of Riley included with permission of her parents). These students all maintain a 3.5 cumulative GPA and have learned the value of service to others. Congratulations to all of them and thanks again for all your help.

For our friends in Sedgwick County.

. Join us, take the pledge to end stigma, share your story, and start a conversion. Together, we will around topics, and ease the hurt that so many bear. Project 375 Wayne Brady

Sometimes there's more to it than just a "middle age crisis."

A Su***de in the Family, Panorama - BBC One Simon Jack investigates why more middle-aged men kill themselves than any other group. 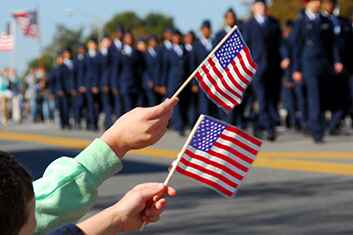 SCMH salutes our veterans AND their families. We're all in this together. :-)

NAMI: National Alliance on Mental Illness | Military Kids Serve Too April is the Month of the Military Child-- a time to raise awareness about the sacrifces made and challenges faced by the children of America's service men and women.

NAMI: National Alliance on Mental Illness | Our Journey Through Mental Health A mental health diagnosis can be traumatic for all family members. After 14 months of searching for answers and resources, we have finally have hope. Real, ongoing hope.

Marriage Vows Tested By Mental Illness Giulia Lukach was three years into her marriage when she began experiencing symptoms of bipolar disorder. She and her husband talk about how her illness has reshaped their marriage.

What It's Like To Be Medicated—And Not—With Bipolar Disorder

What It's Like To Be Medicated—And Not—With Bipolar Disorder In honor of World Bipolar Day, I present a sample stream of consciousness based on my experiences living with this disorder. 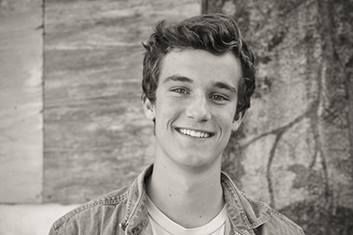 Why privatize Comcare? Sedgwick County commissioners should proceed slowly on deciding whether to privatize mental health services, and know where they’re going and why before giving up on a system that works as well as Comcare.

"Bring Change 2 Mind" recently announced an innovative partnership with Facebook to offer crisis services via chat so that people in distress can more easily access the support that they need. This is part of their continued effort to expand online crisis services to reach people where they are.

Longtime Bert Nash CEO to retire in 2016 David Johnson announced Wednesday he will retire from his post as CEO of the Bert Nash Community Mental Health Center, a position he's held for 14 years.

Emotional Trauma’s Surprising Effect on Children Traumatic events in children’s lives can have the same effect as head trauma, a new study says. The study, published recently in the Journal of Psychiatr

Parenting and depression study: Fathers are at risk, too

Parents with multiple parenting roles need to be especially aware. They are 57% more likely to be depressed.

Parenting and depression study: Fathers are at risk, too A national study of parents found that parents with multiple parenting roles -- such as those in blended families -- are at higher risk of depression. Specifically, parents with three roles were 57 percent more likely to be depressed than those with just a single parenting role.

Can Family Secrets Make You Sick?

Therapy on the run: how to move forward mentally - and physically

Regular exercise is one of the best proven ways to help depression and improve mental health!

Therapy on the run: how to move forward mentally - and physically Picture yourself in a therapist’s office before your session is about to begin. Perhaps you see yourself in a clinical environment, or maybe you’re surrounded by medical tomes and reclined on a rug-draped chaise longue like that in Sigmund Freud’s office.

Busting Myths About Self-Harm Self-harm doesn’t equal suicidal. AJ shares why she cut herself and how you can help someone break the habit.

Grading the States 2009: A Report on America’s Health Care System for Adults with Serious Mental...

Where we stand as a state on mental health, from the National Alliance on Mental Illness. (NAMI)

"PROMISING FUTURES," the new SCMH Community Newsletter is here! The Winter 2015 issue is packed with great information on mental health news for Butler County. Check it out below, and like our new page!

Other Counseling & Mental Health in El Dorado (show all)

Family Life Center-Safehouse is a shelter for battered women and their children whom are fleeing a domestic or sexual violence situation.