Dr. Irfan Kundi is one of the nation's premier eye specialists, with a focus on refractive and cataract vision correction. He combines the latest technology with over 10 years of experience in vision correction to deliver superior results to his patients. Each year thousands of patients turn to the Al-Ain International Specialist Eye Hospital to enhance not only their vision, but their way of life

. Explore our website and try out some of our procedures like Near Vision CK, PRK ,Eximer laser surgery, Cataract eye surgery, Ophtec Phakic IOLs, INTACS for Keratoconus, FUGO Blade(Plasma Technology) for Glaucoma Surgery, Scleroplasty(Scleral Reinforcement for High Myopia) and corneal transplant
Dr Irfan Kundi, FRCS has fellowship in vitreo-retinal diseases. We treat from simple retinal detachment to a very complicated RD patients even diabetic retinopathy patients with utmost skill and zeal at very economical rates. We have a facility for intravitreal AVASTIN/LUCENTIS injection as well as Triamcinilone and PDT. These are the first line treatment for most of advanced diabetic retinal vascular diseases cases and mandatory, before we may consider patients for Argon laser photocoagulation or Vitreo-Retinal surgery.

AL-Ain International Specialist Eye Hospital G-10/3 Islamabad is fully functional in Corona Pandemic from Monday to Saturday from 10.0AM to 6.0 PM

As is evident from DSP investigation CPO region that he strongly believes that section 324 to be removed but not done. I had requested RPO then IG Punjab later on followed by Shahryar Afridi as interior minister to force RPO for an impartial inquiry but instead the I inquiry was referred to SSP operation Ali Akbar who passed on to SP investigation Capt R Dost Mohammed. The report above is obvious they did not fo any thing just left to the shoulder of junior staff. If no firing has taken place we did not have any fi****ms than why they did not call SHO Murree Basharat and SI iftikhar along with ASP Fariyal Murree where did they got the empty bullets they have shown in their incomplete investigation and why they raided my house twice illegally ,took my 3 labours into custody. Dr Ashraf a cunning farudulat widow of Justice Saiduzzaman siddique former corrupt chief justice of this pathetic nation did not come to SHO Murree Kashif nor she attended Magistrate section 30 Murree civil Judge Murree Muhammed Zulqarnain and worse of all she even did not appear before inquiry DSP at Rawalpindi police line. I think now is the time to arrange a press conference and expose our corrupt police department(senior rank officers CPO Abbas Ahsen & RPO Fiyyaz Dave who treated it as a high profile case since justice Saqib Nisar and his Registrars Abdul Razaq and Arbab Arif were instrumental to force above mentioned CPO & RPO to register this bogus FIR)

Chances of myopia (short-sightedness) increases many fold in younger children having urbN dwelling as well as higher intelligence that is busy in close work for higher educational position etc. So one day off for outdoor activities is a must for such children. Obviously such children can be vit D thus calcium deficient too.

Lagad Retina tablets from France available only at Al Ain International Specialist Eye Hospital St 53 G-10/3 , Islamabad. One to two tablets daily can provide enough leutin mexoxiazanthene , zinc etc which can gaurantee healthy macula thst is retina. Every person after 40 years age must use these supplements before it is too late.

Those who love nature live longer

One of the hidden beauties of PAkistan, Swake Lake. Located near Kallar Kahar, Kandoya village. This place got popular through social media and now its one of the most popular tourist spot of Chakwal. This lake is more than 80 feet deep and it's open for public swimming and well known for cliff diving.

This is how CDA messed up thier own regulations regarding allowing bona fide medical professionals to practice at private houses/residential areas.

Caffeine May Help Prevent Cataracts!!!
Your morning cup of coffee may do more than help you keep your eyes open. It may protect them as well. Tea and coffee alkaloids may have an anti-cataract effect on the lens of the eye. Exposure to the sun’s ultraviolet rays generates compounds called free radicals that can have harmful effects on our bodies. UV exposure is a known factor in cataract formation. Because caffeine inhibits free radicals, researchers at the University of Maryland in Baltimore wanted to test its effect on cataract formation. They exposed mouse lenses to UV light and added caffeine to one group of lenses. Their conclusion: caffeine apparently helps the lens remain healthy and counteracts cataract-causing UV effects. While the results require further testing, the researchers hope one day to develop eye drops containing caffeine’s lens-protective alkaloids. In the meantime, while savoring your favorite cup of coffee or tea, enjoy the thought that you might be doing your eyes a favor.

Age isn’t the only risk factor for cataracts. Though almost everyone will develop cataracts with age, recent studies show that lifestyle and behavior can influence when and how severely you develop cataracts. Diabetes, extensive exposure to sunlight, smoking, obesity, high blood pressure and certain ethnicities have all been linked to increased risk of cataracts. Eye injuries, prior eye surgery and long-term use of steroid medication can also result in cataracts.

When an eye is lost or damaged by any disease or penetrating injury then it undergoes phthisis ( i.e; it sinks down into the bony orbit). Cosmetically,it is very embarrassing for a person to be looked at as well as it becomes a psychological challenge throughout life.
In order to get away with cosmetic (aesthetic) and psychological challenges, it has to explanted by a trained eye surgeon. It should be replaced with a silicone explant and after a few weeks, a proper ocular prosthesis made by a highly trained ocularist. If not done as mentioned above then it looks even worse than a natural collapsed eye due to a specific reason.
As shown in the pictures 1 & 2.
Pic 1 shows Al-Ain's patient treated with properly done procedure which is a two stage procedure,that includes enucleation (removal of a collapsed, damaged, ugly, sightless eye) with silicone explant followed by a prosthesis by Dr.Irfan Kundi; FRCS (UK)
Picure 2 shows a patient with improper prosthesis done by an untrained surgeon.

This young patient who had around -14 DS myopia in both eyes, underwent Clear Lens ( Refractive Lens Extraction) Extraction (CLE) with IOL Implantation because of non-affordability. Otherwise, ideally she should've had Phakic IOL Implantation to avoid future possibility of Retinal Detachment (RD) , particularly when she had Posterior Vitreous Detachment (PVD). There is a 10% chance of RD after over 10 years in CLE cases in high myopia. 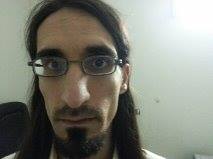 Imran Gul
*Age at the operation 37
*Profession: working with police forces at Qatar like many KPK people settled there and part of Qatar forces.
*He used powered glasses of -9.75 for right eye -5.0 for left eye
* Two different types of surgeries were performed on him.
*Clear lens Surgery on right eye on 28-03-16
*Right eye -25 D Myopia with BCVA with -25DS---counting finger
*Before surgery right eyesight test showed error; meaning his vision was almost nil
*Left eye had stable stage 1 keratoconus at the age of 37yrs.Artiflex Phakic IOL (by Ophtec.com) implanted since Excimer Laser contraindicated for such a big number.
*Phakic IOL: not available beyond -23 D so right clear lens extraction with -5DS Rayner C-Flex IOL was implanted.
*Natural lens is removed and is replaced with an artificial/ foldable lens powered lens.
* Phakic (IOL) Artiflex on left eye on 01-04-16.
*Before surgery left eyesight was (with -5.50DS/ Cyl -1.25DC)--1.0 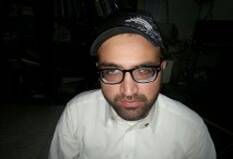 Pioneering Artiflex (OPHTEC) Phakic (IOL) surgery at
Al-Ain International Specialist Eye Hospital, Islamabad:
Adnan Mohammad, a young male from the district of Hangu,KPK. He suffered from high myopia which caused him difficulty in carrying out routine life. He wanted to get rid of his glasses. His age was 24 at the time of surgery. He is currently residing in
Qatar. He was the first patient ever at Al-Ain hospital to undergo Phakic IOL surgery by Dr. Kundi.
Medical history: His right eyesight was at -11.5 and left was -14.5
He had been to Magrabi Hospital in Qatar and several other eye hospitals in Pakistan including
Peshawar but had been unsuccessful in finding a suitable treatment. Later he learned about Dr.Kundi and his expertise in Phakic IOL surgery as Dr.Kundi is the pioneering surgeon of this technique in Pakistan.
Phakic IOLs (intraocular lenses) are an alternative to LASIK and PRK eye surgery for correcting moderate to severe myopia (nearsightedness), and in some cases produce better and more predictable vision outcomes than laser refractive surgery. Phakic lenses enable light to focus properly on the retina for clearer vision without corrective eyewear.
PIOL has the advantage of preserving natural accommodation and may have a lower risk of postoperative retinal detachment because of the preservation of the crystalline lens and minimal vitreous destabilization. Artisan/ Artiflex Phakic intraocular lenses (pIOL) used during the surgery at Al-Ain Hospital are best quality lens for this particular procedure. Artisan/Artiflex (pIOL) demonstrates reversibility, high optical quality with better spectacle-corrected acuity, refractive predictability and stability.
He had Bilateral Phakic IOL (Artiflex by OPHTEC) surgery on 16 April 2014. Since his successful recovery, Adnan has referred several such patients residing in Qatar to Dr.Kundi at
Al-Ain International Specialist Eye Hospital.

Eyes are the second most complex organ after the brain.

Your eyes become tired when you read or stare at a computer, this is because you blink less often.

While it takes some time for most parts of your body to warm up to their full potential, your eyes are on their “A game” 24/7. 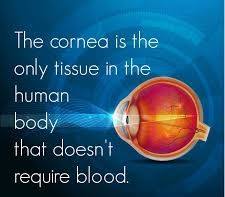 Dr. Irfan Kundi is one of the nation's premier eye specialists, with a focus on refractive and cataract vision correction. He combines the latest technology with over 10 years of experience in vision correction to deliver superior results to his patients. Each year thousands of patients turn to the Al-Ain International Specialist Eye Hospital to enhance not only their vision, but their way of life. Explore our website and try out some of our procedures like Near Vision CK, PRK ,Eximer laser surgery, Cataract eye surgery, Ophtec Phakic IOLs for very high myopic patients that cannot be corrected with femto-Lasik, INTACS for Keratoconus, FUGO Blade(Plasma Technology) for Glaucoma Surgery, Scleroplasty(Scleral Reinforcement for High Myopiain young myopic with progressive myopia. This is a Russian technology only available at Al Ain International Specialist Eye Hospital G-10/3 Islamabad, Pakistan under the care of Dr Irfan Kundi, FRCS other than Russia) and corneal transplant(donor corneas are imported directly from USA).
Dr Irfan Kundi, FRCS has fellowship in vitreo-retinal diseases as well as Corneal Refractive Surgery. We treat from simple retinal detachment to a very complicated RD patients even diabetic retinopathy patients with utmost skill and zeal at very economical rates.

We have a facility for intravitreal AVASTIN/LUCENTIS/AYLEA injections as well as Triamcinilone and PDT. These are the first line treatment for most of advanced diabetic retinal vascular diseases cases and mandatory, before we may consider patients for Argon laser photocoagulation or Vitreo-Retinal surgery.

Other Ophthalmologists in Islamabad (show all)

OPTOMETRIC PHYSICIAN Doctors of Optometry or, optometric physicians are independent primary health care providers who specialize in the examination, diagnosis, and treatment of diseases and disorders of the eye and associated structures as well as the dia

World class treatment for your eyes now available in your city. Please contact