As experts in third party billing, Compounding Pharmacies that partner with BillPro Rx are able to bill multiple payors through a single touch point electronically in real-time and receive council in all matters pertaining to third party billing, bill reconciliation, marketing, and PBM contracting. 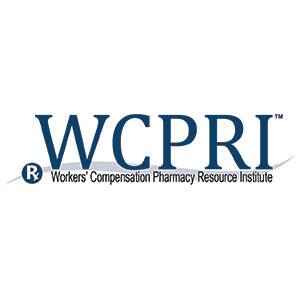 A full and productive day planned at CPMS.

Great meetings this week at ACA/IACP/ACCP Educational Conference this week.

events.r20.constantcontact.com Don't miss this one-of-a-kind, 3-in-1 conference that brings the pharmacy profession together in paradise. The American College of Apothecaries (ACA), the International Academy of Compounding Pharmacist (IACP), and the American College of Veterinary Pharmacists (ACVP) are joining forces again to bri…

wsj.com American International Group Inc. said it has invested an undisclosed sum in a maker of wearable devices designed to monitor the movements of employees in factories, on construction sites and at other hazardous workplaces to reduce on-the-job accidents.

PCCA International has just kicked off

Congratulations on a very nice write-up of a valued BillPro Rx partner! In 2014, Restore Health rose to the rank of 36 on Inc. 500’s fastest growing company list.

profilemagazine.com Online Exclusives Matt WandererExecutive to Watch: Matt Wanderer Restore Health has been a leader in personalized medicine for over 30 years. Matt Wanderer, the CEO, has led the company on an incredible path of growth. In 2014, Restore Health rose to the rank of 36 on Inc. 500’s fastest growing comp… Welcome to BillPro Rx! Our new office in Scottsdale, AZ.

Scottsdale, AZ is hot, but Beautiful.

Spending this week in the new Scottsdale office. Should be a very productive week with some key meetings scheduled.

Several states that passed significant reform legislation in the last two years are working to implement those reforms. Passing a law is only the first step, as the rules, regulations and implementation of those laws determines if they will achieve their intended purpose. The most significant issues to watch are in California, New York and Oklahoma.

Several states that passed significant reform legislation in the last two years are working to implement those reforms. Passing a law is only the first step, as the rules, regulations and implementation of those laws determines if they will achieve their intended purpose. The most significant issues to watch are in California, New York and Oklahoma.

In the last few years, there has been significant vendor consolidation in the Workers’ Compensation industry. First with TPA’s and most recently on the medical management and PBM side. Much of this consolidation was driven by private equity investments where the tremendous medical spend in workers’ compensation is seen as an opportunity for a profitable return on investment.

All this consolidation is making buyers of these services uneasy. They question how this consolidation will affect the quality of the services they receive and wonder how their goals of reducing costs align with private equity’s goals of increasing revenues. These are legitimate concerns, and it is imperative that buyers remain vigilant concerning vendor partners. Who is really looking out for you and is patient care going to suffer?

There have been a lot of questions about the possible impact that the AHCA will have on Workers’ Compensation. Some speculate that it will increase leakage from group health to Workers’ Compensation, while others feel it will have the opposite effect. One thing for certain is that with increased coverage being provided on the group health side, the overall utilization of services will go up. With a finite number of medical providers available, this means it is imperative that employers identify the providers who deliver the best clinical outcomes for their injured workers. The focus on Workers’ Compensation medical networks will need to change their focus from discount, discount, discounts, to quality of care and best outcomes. This may cost more on a fee-for-service basis initially, but getting appropriate, customizable, and timely care will generally lead to faster return-to-work, ensure the proper treatment and ultimately lower costs over the live of the claim.

BillProRx partners with compounding pharmacies to provide third party billing services for Workers’ Compensation compounded prescription claims. Compounding pharmacies are able to bill multiple payers through a single touch point electronically in real time. The pharmacy submits required fields to one BIN number, and BillPro Rx does the rest. The BillPro Rx billing solutions is a fully automated state-of-the-art technology platform that eliminates the cumbersome paper billing or re-billing that wastes time and money. A highly experienced BillPro Rx operations team will take over and do the busy work of verifying for compensability, tracking down correct payers, billing, re-billing and collecting while the pharmacy simply moves on to filling the next prescription. BillPro Rx is the billing expert so that pharmacies can be the experts at doing what they do best, caring for patients and filling their prescription needs.

Other Pharmacies / Drugstores in Scottsdale (show all)

At The Medicine Shoppe® Pharmacy, we’re committed to the idea that quality pharmacy care means more than just prompt prescriptions. To us, quality care means that you get the prescriptions and medications you need, along with the care and attention.

ZoomiesRX is a premiere compounding pharmacy dedicated to the health and wellness of your pet.

NCPDP designs and delivers its data products and services with one thing in mind – helping our member organizations be more successful. Tools that work for you...what will you build?

Mixtures is a full service compounding pharmacy that specializes in your special needs. We excel in hormones, thyroid and pet medication. And we can fill all your traditional pharmacy needs. Come in and see what our friendly staff can do for you!

Avrio Pharmacy offers a wide variety of medications and specialties. Our focus is always on the cust

We are the premiere independent compounding pharmacy in Arizona, serving patients and medical practitioners since 1996 with custom sterile and non-sterile medications. Our family of employees are dedicated to providing high-quality compounded medications.

Do YOU remember the drugstore? The soda fountain? Ora's pies and blueberry muffins? We all have great memories of Lutes...here is a place to share!

Grado Supplements are designed to help you affordably and safely enhance your lifestyle, improve your health, support and stimulate the immune system, complete missing nutrients with natural ingredients, and help to prevent diseases.

American based Company, All Products are Natural; Lots of Different products For Health , Fitness , Immunity , Support and Energy.

Independent Pharmacy on the north east corner of Scottsdale Rd and Osborn. We provide fast, friendly, and individualized service.